(excerpted from A Resistance of Letters):

I find her seated in the pre-ordained bar, and say this place is a little loud. She agrees. We start to walk, find ourselves at the WTF Cafe. Funnily, I had worked here, long ago. For all of two weeks. The troll owner is not around—but over by the register I sense the residue of the prophetic homeless man, and I smirk. Rene asks what’s up. I ask her:

‘I want to hear your opinion.’

She leans back. Her asiatic eyes narrowing into bladed orbs. A couple weeks ago I took her out with Karl for drinks and he told her: “I want to fuck your mind.” She had got offended, and ranted about that later on, but in the moment she was quiet. She does have a voluptuous intellect, barely contained by her 90 pound South Seas frame. When she gets considerate, like now, I usually feel a tingling in my palms. She says:

“There’s the derogatory connotation, which muddies the meaning some. Like, you can be sincere and heart-felt, but if you have a developed aesthetic taste, then you will automatically be inventive with your expression of those emotions, and people might respond to that by calling you pretentious. Because they see your refinement as dishonesty—as a removal from “being real,” or as affectation. And so, by that yardstick, a poet is the epitome of pretension—his works being refined expressions of feeling.

“But that’s not real pretension. True pretension is acting as if you are something you are not, usually something better or higher or more ideal than yourself. And not only that, but you believe in that ideal self so much that you are out of touch, or deny, the lower or more “mundane” self. That is pretension: when your skill is disharmonious with the actualities expressed.

‘A homeless man once told me I would accomplish something… important. And I’ve always thought to believe him would be pretentious, but to doubt him would be foolish.’

“Well, I think I’m qualified to say you’ll be thought a fool regardless.”

“As if you needed to correct some small accident…”

Day Three of The MayDayChallenge: a troublesome duet sung by two strangers in a double bed.

Yesterday,
with a tumult in her eye
She tried kissin’ me, and I don’t know rightly why
But I’m about to be
Caught up in the storm, she brews next to me

But I can’t recall her name, and she’s lyin’ on
My arm that’s half asleep,
And my knighted pawn
Moves to the words she speaks
In the morning light
Her skin a sheath of down, and her heavy sighs
The wind before the storm that she clarifies:

“Yesturday,
When I saw you standin’ there at the dim-lit bar
With your wild, unkempt hair
Your eyes seemin’ far
As though set on something wrong
In a distant land
And I could tell your will was strong
In your heart & hands
As though you needed to correct
Some small accident
And if I would interject
myself in your plans
You’d change my insides for the better,
Here…”

And she moved her hand astride
My listenin’ ear
And she moved her body high
On my body, and
We unmade the day with that gruesome act
Of napalm and cake
And her hurricane
It scooped the dirt from my guts,
The scum from my brain
And for a moment we were one
And all but the same

Having access to the Lego bucket of raw data, humans are compelled to make operating structures to interface the millions of bits into manageable chunks. Some choose to build houses to dwell in, others are lit with the wish to craft spaceships that will ferry them through the asteroid field of experience, where they might glean valuable minerals and alien organisms for further research. Others build to see how gravity works (philosophers), or purely under an experimental Geist (such as artists).

By this analogy, belief-systems are like meta-structures, or templates that people adopt and subsequently model their buildings upon. Each religion (or school), and each denomination (or discipline), possesses certain characteristics that appeal to distinct types of thinking, feeling, and action. And within each system there are those who wish to follow the template more or less exactly, and who distrust any deviation from those instructions (or interpretations thereof).

As well, those who exist outside such constructs sometimes see them as prisons, even as insulting to their intelligence, which finds fulfillment in the act of exploration and experiment. These persons see truth as always in flux, and frame the game as a contest of invention.

While this playmate is sitting crisscross applesauce in the rainbow pile, the others have taken their accepted models and started playing house or battlebots, until an accident or vigorous playmate breaks their construct, and back to the template they must go.

Returning to the pile for a missing piece, there they find the inventor/ investigator, who has already discovered a few novel combinations in the chaos of potentiality. Sadly, each of these are lying forgotten in a pile behind him, discarded by the hands already onto something else.

“Being known is like a crumbling of my jurisdiction.”

I’m experimenting with merging music and fiction. This is the first in a series:

And for blogging points, I will include a new meme: 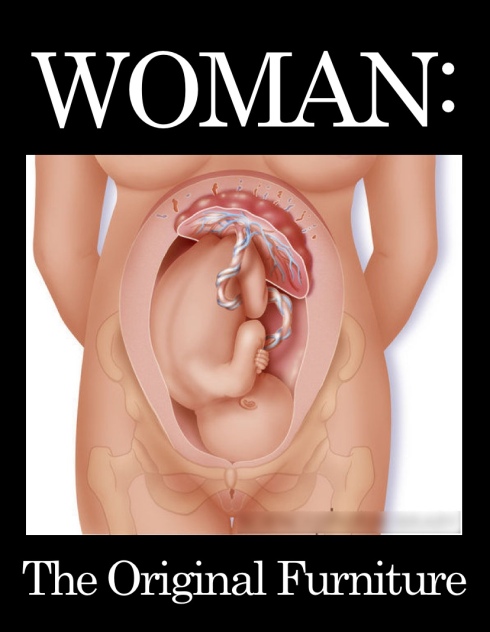 I have informally studied human nature through my exposure to 2–5 year olds over the last decade. There is this odd phenomenon that occurs right when a child is about to become potty trained: they invariably become little shits, or pricks, or assholes (I use these terms deliberately, because it became obvious to me that they are explicitly related to the lower functions). The defiant child will give you this knowing look as they intentionally violate some line or rule—screaming at nap, pulling someone’s hair with impunity—throwing a fit exactly when it’s most inconvenient for you. Even the sweet child contracts a spark of rebelliousness during this period, and I think it is directly related to self control: they are filled with joy that they have power—something they had ignorantly assumed, but now can exercise by choice.

Now, I was raised in the James Dobson “dare to discipline” days. So I got a sound spanking when it was reported, by mom to dad, that I has been overly defiant. My parents were by no means abusive or all that hard line, but my dad had a BIG issue with what he called “the rebellious nature of man.” This attitude toward Sin, while correct in a literally Biblical sense, had the effect of planting in me a fear of authority (I recall, in highschool, seeing a “Question Authority” sticker and growing physically nauseous). I also grew to distrust of my own self direction, and this lead to an overreaction on my part once I reached adulthood. I had to break every rule with vicious aptitude, to test what was in me, through my own experience. In a word, it made me very, very angry, for a spell, and I wound up derailing my progress as a human for a few years, as what I wound up breaking wasn’t The Law, but my own person, which I subsequently had to rebuild.

Now, I am a theist—and a monotheist at that. I believe there is an up and a down, and there is significant pressure on us to fall, and we need inner guidance to travel upward. (Furthermore, I can’t imagine that hell and heaven are binary states—life is plotted on a spectrum, from lowest slug to highest heavenly sphere, so how could the spiritual realm be either “Godly” or “Hellish”?) That being said—the biblical language regarding sin, evil and rebellion was written at an early stage of society’s development. And just as a child sees things—or, rather, gravitates towards the Allegorical and the Cartoonish, biblical language paints the world in thick lines and with primary colors. But once we mature, there is a need to view shades of grey, and subtler distinctions between courses of action, and the question arises: what is the intent behind an action?

For a rebellious child, a large part of their difficult or deplorable behavior has to do with exerting their sense of power—and in that instant, it is wise of the adult to be unemotional when countering and redirecting them. When I have responded in anger to such displays, that anger has stuck with me, and makes me feel bad. But there have been instances when using my own dominance—physical or audible—quickly, severely, and without spite—have seemed appropriate, especially when violence is occurring.

There are many more issues to suss out here, about human and subhuman nature, but I wanted to highlight this point: such charged words as damnation and hell need to be translated into more grownup language. Subtlety and an appreciation of hyperbole and irony, context and culture must be employed in this day and age, if this issue is to be made useful for us who live complex and multifaceted lives.

In response to “What are some techniques to help me read critically?”

Read sitting up, not leaning back.

Read with a pen in hand, and point its tip toward the page, as if it's a knife, ready to cut.

Read with your mouth; read aloud sentences that might have rhythmic qualities.

Read Nietzsche or another philosopher who requires two or three passes over a passage, to fully grokk.

“The greatest threat to an artist isn’t piracy…

There is a very big shift that has been occurring in the arts over the past decade, where the traditional conception of ‘ownership’ is becoming more and more confused. Charged words like ‘theft’ and ‘property’ are being bandied about by large, faceless corporations who serve lists of shareholders. These shareholders exert a pressure on the corporations to constantly increase earnings, and so these corporations use their funds to secure these earnings, using established laws and bending or recreating laws to suit their needs.

But the artist does not serve the shareholder. The artist’s investors are his fans. Ostensibly, the large production, publishing and management companies are there to connect the artist with the fans—but it is obvious that an artist is a commodity to these companies, to be bought, sold, traded, and milked for content. The amount of money an artist receives from, say, the sale of a book and cd is miniscule—usually no more than 15%, and often less than 10%. I’m not saying this is necessarily wrong—middle men will always be the ones who ‘make’ the money. Creating something that moves imaginations requires a different set of skills, from that which will move wallets.

These lumbering giants—in the music and the book industries—are making big waves right now, but eventually they will adapt or fail. The indie music and self-publishing models will slowly eat at their profits, and these large entities, I believe, will have to be less like ‘digital rights’ companies, than ‘quality ensurance’ [sic] companies. Curators of excellence… or at least curators of gleaming, lowest common denominator McArt.

Imagine this: a network hub which connects writers, editors, designers and marketers, and then connects products with fans. Alternatively, studio musicians with songwriters with producers with marketers with fans.

TheLegion.net: where the myriad meets the multitude.